AD Message: Object is a container and contains other objects. Are you sure you want to delete object and the objects it contains

I received the following message today when trying to delete a computer object from Active Directory:

To determine which sub-objects this message referred to, I opened Active Directory Users and Computers.

I then selected View > User, Groups, and Computers as Containers. 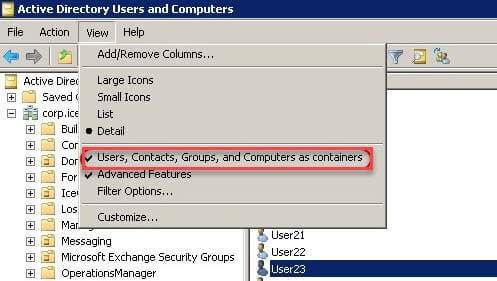 I found the computer object in question, and expanded the plus sign to the left of the object name.  The sub-object was named msmq, and a Google search showed me it was a part of Microsoft Message Queuing.

Since this computer was about to reimaged, I didn’t have any problem with deleting the computer object, along with it’s msmq sub-object.

How to Install Oracle Database 12c on Windows

HowTo: Export a List of All Computers in an AD OU

Use Command Line Switches in Outlook 2010